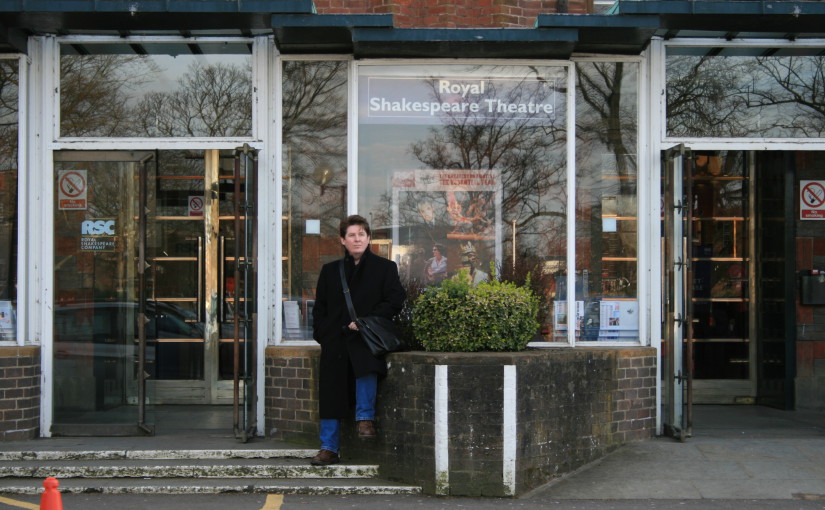 MICHAEL graduated with a BA in Educational Theatre (University of Adelaide) and an MA in Theatre Studies (University of London). He is also the Managing Director of Theatre Bugs & Adelaide Theatre Academy which is the largest performing arts school in South Australia. Michael is the current President of the Theatre Association of South Australia. He has directed and performed in numerous productions for a variety of companies and like so many other Adelaidian theatre practitioners of his vintage began his theatrical journey with the legendary Bunyip Children’s Theatre where he played the roles of many different animals and occasionally a human. For Red Phoenix he has directed several award nominated, award winning and critically acclaimed productions including: Shakespeare’s Titus Andronicus, David Williamson’s Don Parties On, Vaclav Havel’s The Conspirators, Albert Camus’ Caligula, Tim Firth’s The Flint Street Nativity, and Ian Hislop & Nick Newman’s A Bunch of Amateurs. Other notable directing credits include the award nominated Neville’s Island for Adelaide Rep and a sellout season of Macbeth for the Theatre Guild. In 2021, Michael created KoBugs Theatre Company (www.kobugstheatrecompany.com) in partnership with Koala Life and produced and directed a fully South Australian created family musical theatre production of Blinky Bill is On The Loose. This was a sellout production that played to both critical and audience acclaim.

LIBBY has been involved in theatre as long as she can remember – from an audience perspective! An avid theatregoer Libby has attended productions in several countries but mainly Australia and the UK. She has seen performances by many of the great actors of our time including Michael Gambon, Judi Dench, John Hurt, Steven Berkoff, Maggie Smith, Kenneth Branagh, Patrick Stewart, Fiona Shaw, Toby Stephens, Helen Mirren, Ian MeKellan, Samantha Bond, Iain Glenn, Wendy Hiller, Michael Sheen, Alan Bates and Felicity Kendall, to name but a few. As an appreciator of all aspects of theatre she once selected a play in London based purely on the lighting designer. In 2013 Libby got out of her audience seat and became Assistant Director to Michael Eustice for the Adelaide Rep’s production of Neville’s Island. Since then she has been  the Assistant Director for Red Phoenix Theatre productions Titus Andronicus, Don Parties On, The Conspirators, Caligula, The Flint Street Nativity and A Bunch of Amateurs. In 2019, Libby made her directing debut with Horton Foote’s, Dividing the Estate which played to rave reviews and sellout houses. Libby’s 2021 production of Jessica Swale’s Blue Stockings was also a sellout production with rave reviews from audiences and critics alike.

RICHARD has been fascinated by light since the late 60’s and was involved in the Melbourne amateur Theatre scene, learning lighting by asking questions and watching the mistakes of others. He gained his Electricians license and worked for Melbourne Theatre Company, operating the board at Russell Street Theatre for a short time. He then accepted a role at Channel 10 studios in Melbourne; quickly rising to become a Senior Lighting Director designing lighting for Young Talent Time and the Soap/Drama Prisoner among other shows. After moving to Adelaide and working for what was then Channel 7 for a number of years, Richard went freelance as a Gaffer. Richard has returned to theatre and now works as the Senior House Technician at the Arts Theatre. Richard has acted as Lighting Designer for every Red Phoenix Theatre production to date. Richard also designs lighting for other amateur theatre including companies such as The Adelaide Rep, Therry, St Jude’s and the University of Adelaide Theatre Guild. After more than 45 years, Richard is still fascinated by light and passionate about Theatre.

After majoring in Drama and English literature at the University of Adelaide, Robby went on to complete a Grad Dip Ed (Drama and English) and a Bachelor of Social Work. Robby became a senior drama teacher passing on her enthusiasm and experience to many secondary school students.  In this position, Robby was also responsible for staging senior productions and challenging her students to study and perform a broad range of plays from Shakespeare to contemporary Australian Drama. She has recently returned to Adelaide after an absence of 18 years and is working in social welfare, and is also reigniting her involvement in the theatre scene.

After graduating from Mountview Theatre School, London, Steve went on to work in professional theatre in the UK for over 10 years as a lighting designer, technical manager and chief electrician.  During that time Steve worked in the West End, in repertory theatre, at the Donmar Warehouse in Convent Garden, toured internationally with Extemporary Dance Theatre and Cheek by Jowl and was Chief Electrician/Lighting Designer at the Royal College of Music. After moving to Australia 20 years ago, Steve reinvented himself as a senior Geography and History teacher but has maintained his love and connections with the theatre.  Steve has a Diploma of Stage Management and Technical Theatre, Bachelor of Arts and Postgraduate Bachelor of Education (Secondary).

BRANT has worked in and around the theatre since the early 1980s. For State Theatre Company of South Australia plays have included Sex Diary of an Infidel, Carrying Light, Lion Pig Lion, and God of Carnage. He also performed as Sergeant Ross in the joint STCSA and Sydney Theatre Company 20th anniversary production of David Williamson’s The Removalists. Brant regularly reads poems for Radio National. He most recently appeared as Jefferson Steel in Red Phoenix Theatre’s production of A Bunch of Amateurs. Other recent productions include Jerusalem for the Theatre Guild and The Flint Street Nativity for Red Phoenix. He has received three individual Adelaide Critics Circle Awards for acting in Red Phoenix Theatre’s production of The Conspirators by Vaclav Havel, for directing Shakespeare’s Julius Caesar and acting in Oleanna by David Mamet both for the Theatre Guild. Brant co-wrote (with Andy Packer) Slingsby Theatre Company’s show, The Mouse, the Bird and the Sausage.

RUBY’S theatrical journey first began when she joined The Bunyip Children’s Theatre at 8 years of age where she performed in many a pantomime. She has also acted with many other theatre groups over the years including The Westenders , the University of Adelaide Theatre Guild, and State Youth Operas. Ruby’s driving passions over the last 20 years have been as a singer/songwriter performing with many bands including jazz quartet Kaliope, The Milk, and more recently her duo The RubyTones. Ruby is kept extremely busy with her three older children all involved in music and the arts, and her twin five year olds who are currently modelling and acting.